23 Types of Pants for Any Type of Figure (Pictures Included)

In this guide, we have listed the most common types of pants: from familiar jeans and dress pants to Eastern pants and cullotes.
By
Jean Chaney 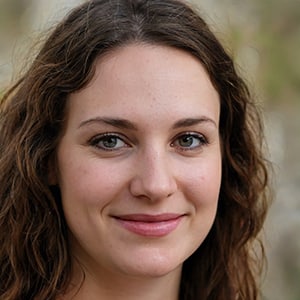 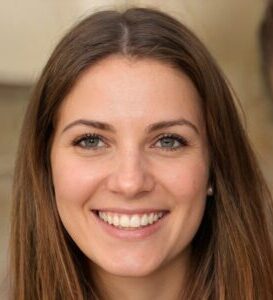 Isabel Misner
Expert Consultant
A professional seamstress. Isabel has her own video blog where she shares her experience about all the aspects of sewing – from choosing suitable materials to step-by-step read more
Last updated: December 27, 2022
JustToSew is reader-supported. We may earn a commission through products purchased using links on this page. Learn more about our process here

For a lot of people, the term pants is confusing. After all, there are so many different varieties that sometimes it’s hard to keep track of what you’re buying or even wearing. If you’ve found yourself in such a situation, you’re not alone. Even self-proclaimed fashion gurus sometimes find themselves struggling to answer the question of what types of pants they’re wearing. However, if you want to have an answer every time someone asks you a similar question, keep reading. We’ll be sure to fill in any information gaps you might have on the subject.

Below are the different types of pants and some of the characteristics that differentiate them from others. 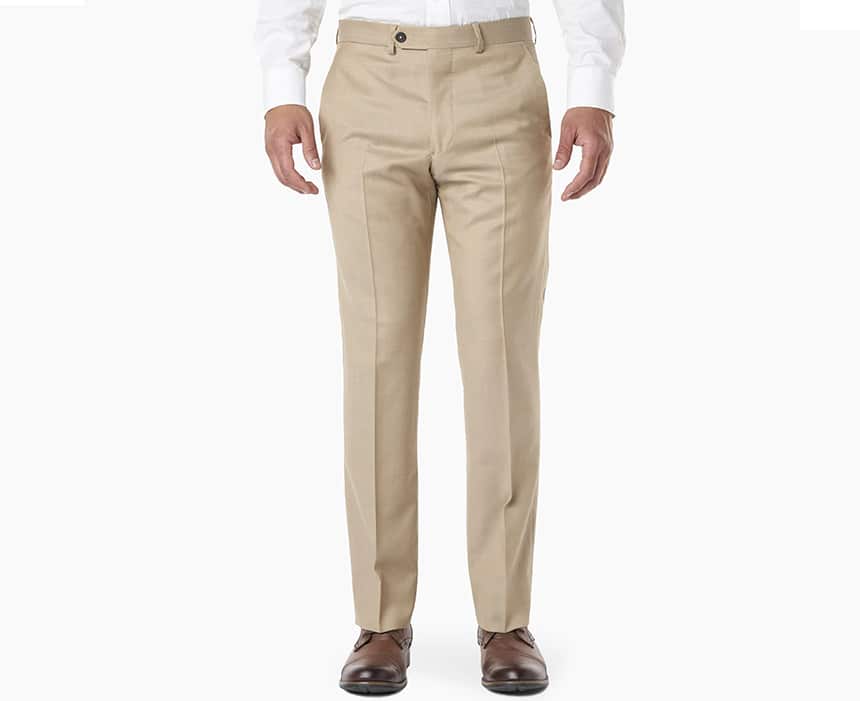 A staple in most people’s closets is the dress pant. If you’re a white-collar worker, you probably have dress pants in their multiples to wear to work every day. They are also sometimes called suit trousers, although they might not necessarily be part of a suit. You can wear them to formal occasions like funerals, weddings and more. That said, they also suit semi-formal occasions as well.

Typically the dress pant design incorporates a zipper or button opening at the front. As for the materials, they’re either made of expensive suiting materials or woven fabrics. The dress pants that are not part of a suit are also referred to as slacks.

Also, flat front pants are a subcategory of dress pants that are both seamless and pocketless. 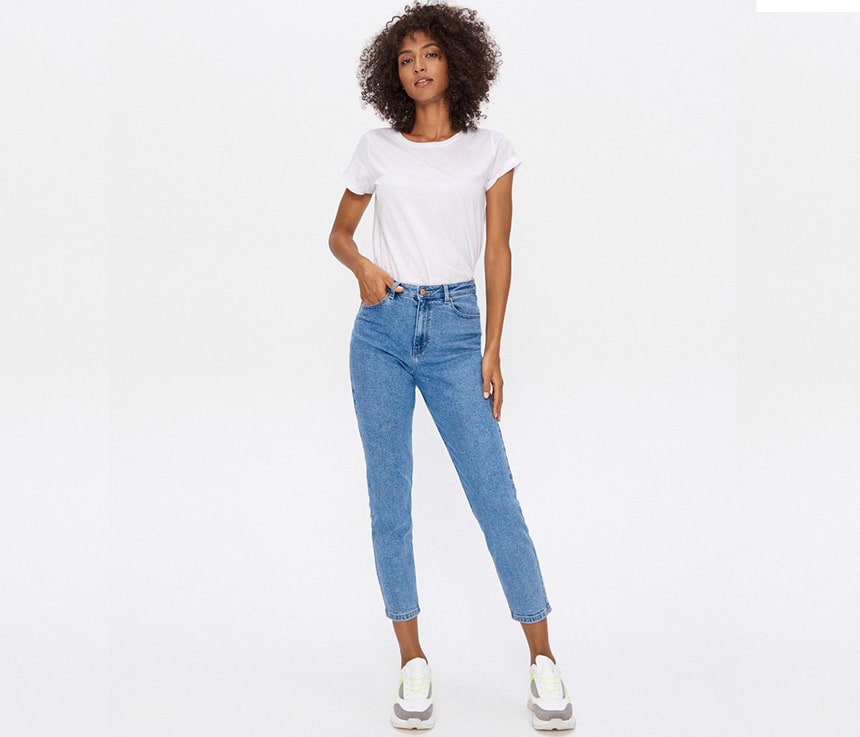 Jeans is the term typically given to pants that are made using denim which is a sturdy cotton type of fabric. They’re also among the most popular types of pants for women and men. Notably, they come in a wide variety of styles, including options like ripped, skinny, bell bottoms, straight-leg jeans, and more. Some of these styles are mentioned below. 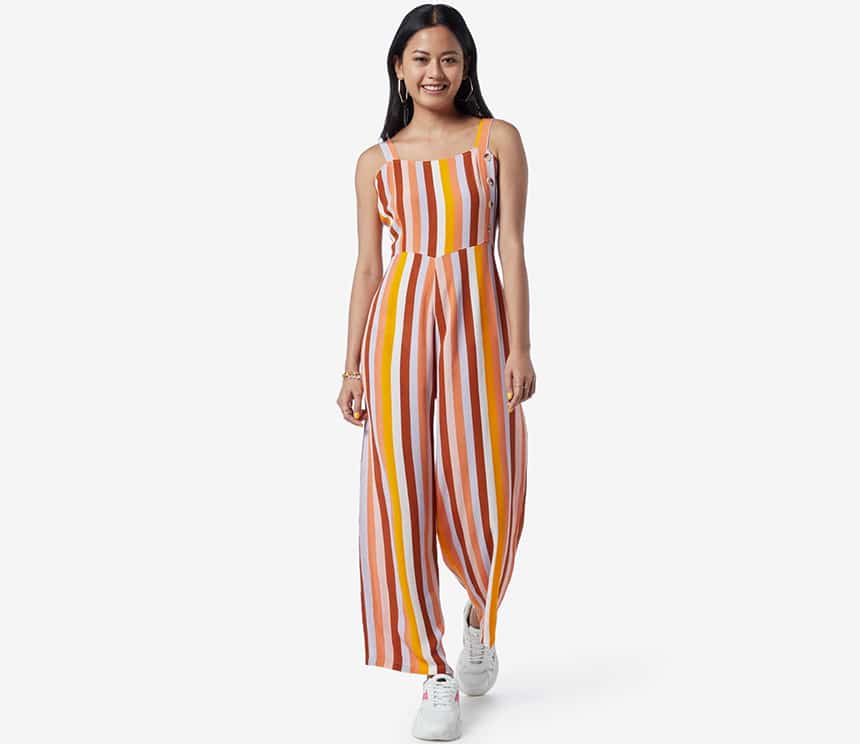 Jumpsuits, on the other hand, are pants with an attached top that extends from the waistline of the pants to the upper torso. As such, a single jumpsuit can be worn to cover the whole body. Some jumpsuits are made with workmen in mind, and this variation is called an overall. Others are made as fashion pieces for women and are the ones that are most aptly described as jumpsuits. 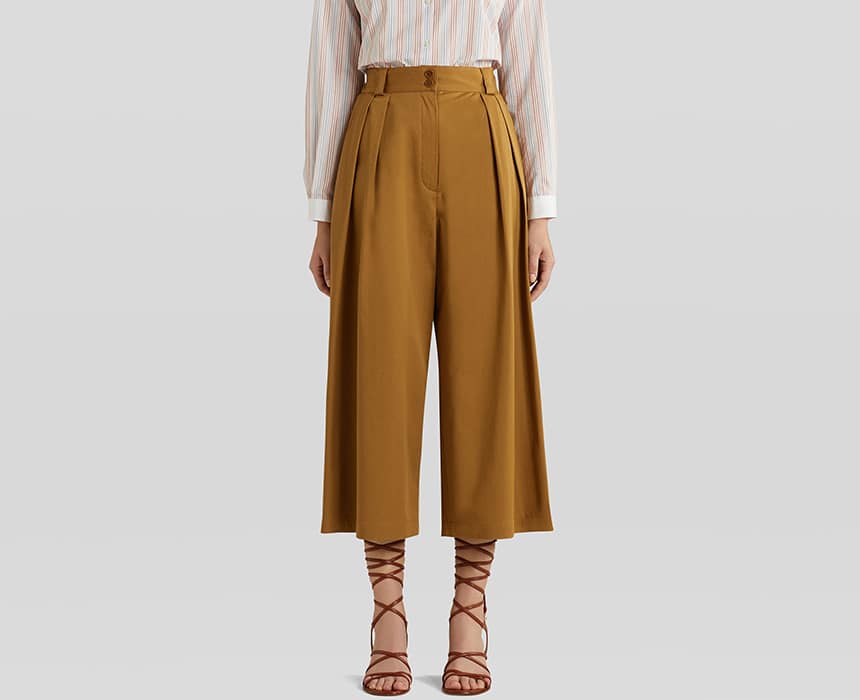 If you’ve ever seen a lady standing and they seem to be wearing a skirt, only for them to start walking, and you realize they’re actually wearing shorts, then they were likely wearing culottes. The design that gives them this appearance incorporates a fitted waist, knee-length fabric, and they typically flare near the knee area. It’s no wonder that most ladies opt to wear them during summer. 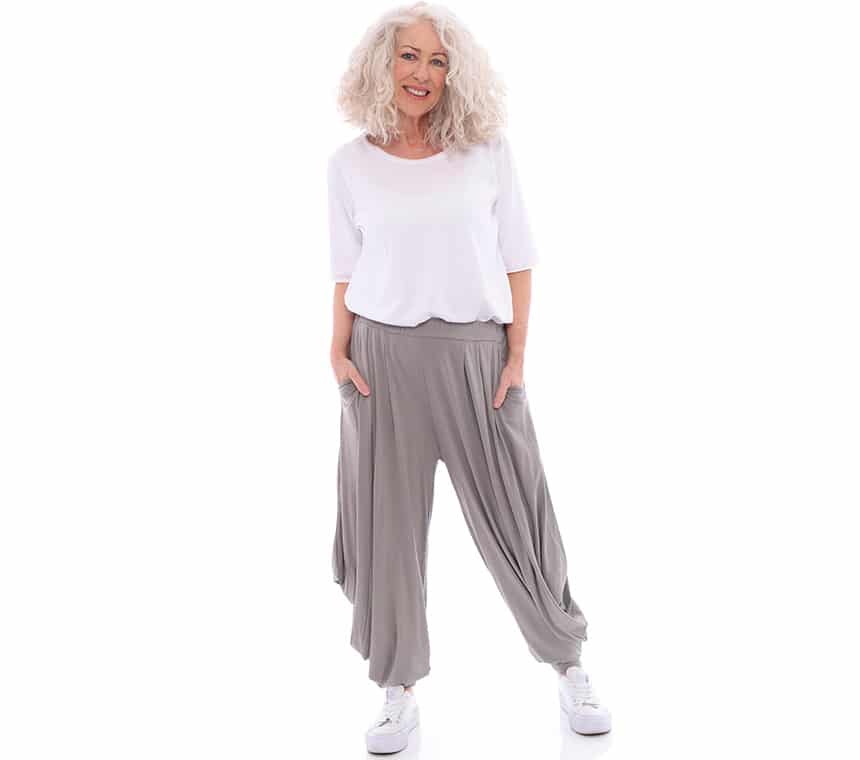 Harem pants are types of free-flowing long pants and are designed with gathers at the ankles and waist areas. Furthermore, they’re made from soft fabrics that drape easily like silk, chiffon, satin, and more. As such, they tend to be quite comfortable even in the summer. 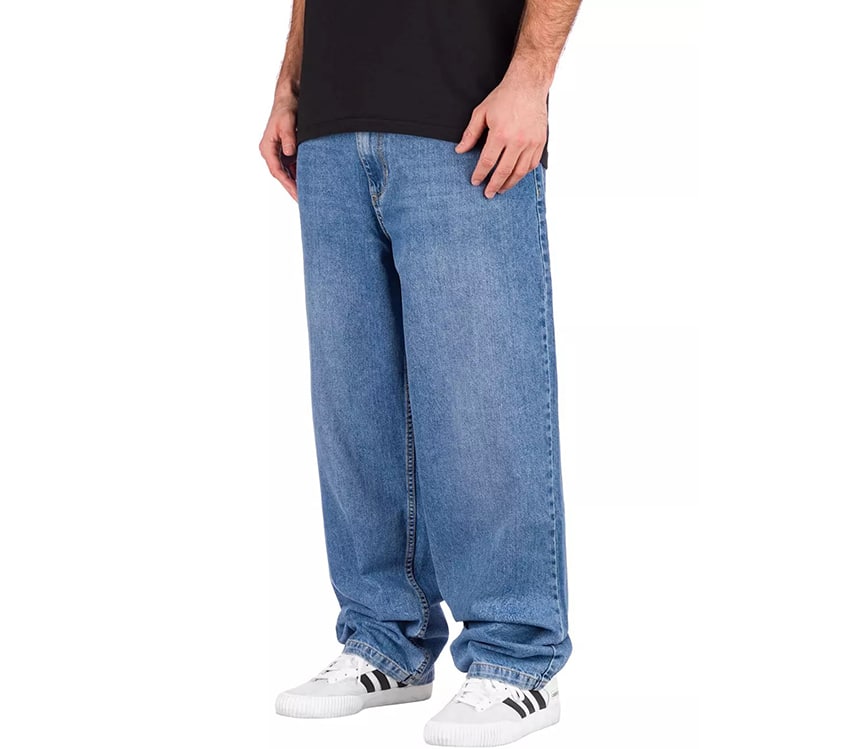 While baggy pants are fitting at the waist, they typically flare out the lower you go. As such, they’re free-fitting and often quite comfortable. That said, they might also be form-fitting in other areas. One example is in the harem pants we mentioned above. They’re technically baggy, by they also seem to gather at the ankle area. 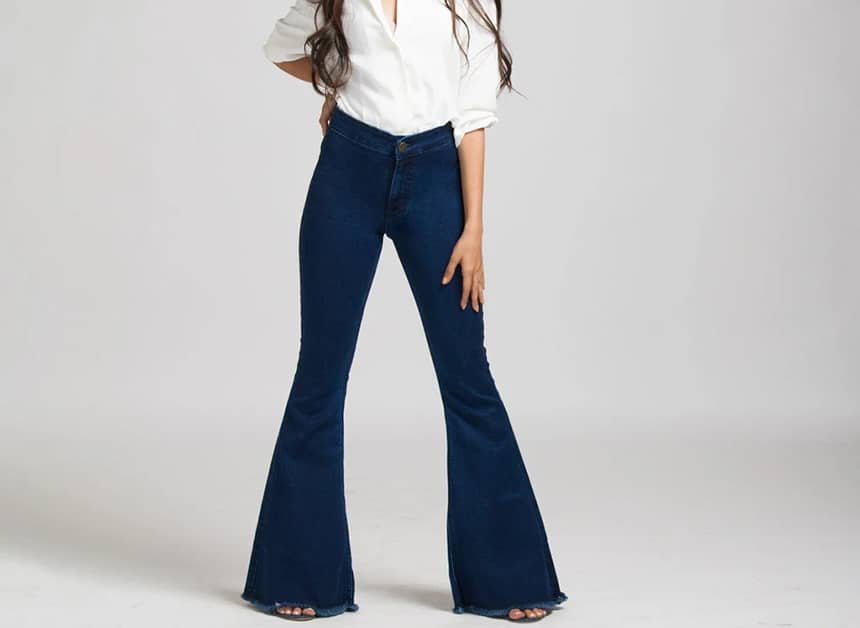 Bell bottoms are form-fitting at the waist, hip area, and knees. After that, they start flaring just below the knees and keep flaring into a bell structure as you approach the ankles. Think something Elvis Presley would wear on stage. That said, the bells vary in size depending on tastes and may be wider and more pronounced or narrower and understated. 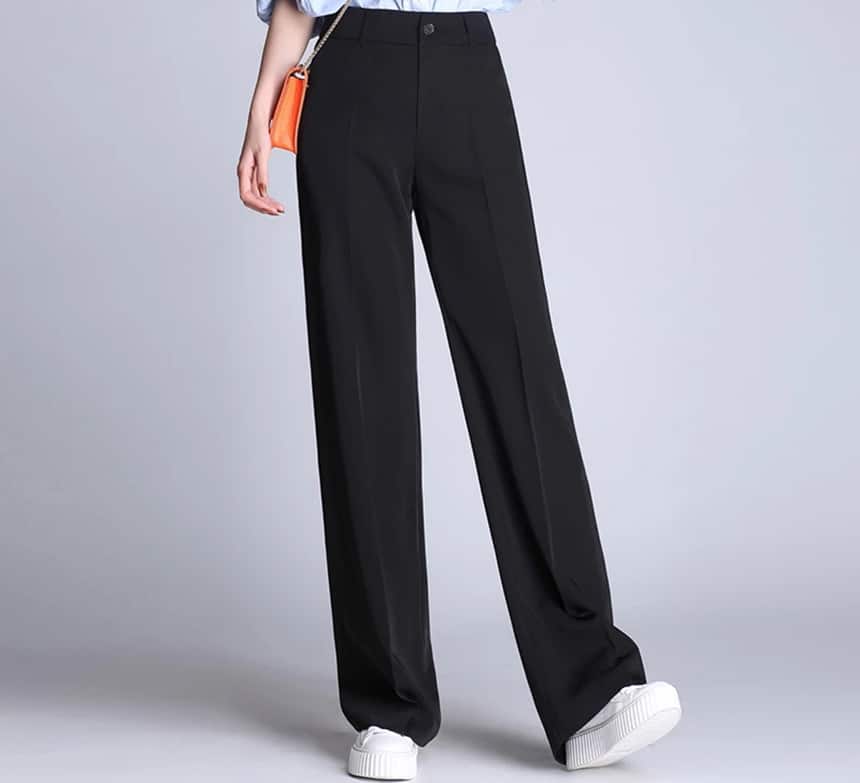 These types of pants are available for men and women. The term straight comes from the fact that they don’t taper at the top, bottom, or middle; hence they tend to look “straight.” According to reviewers, the Style Arc Sewing Pattern is excellent for women who want to make their own straight pants at home. The basic instructions for this pattern are in English, and you get patterns for sizes 4-16, so they fit a wide range of people and body types. 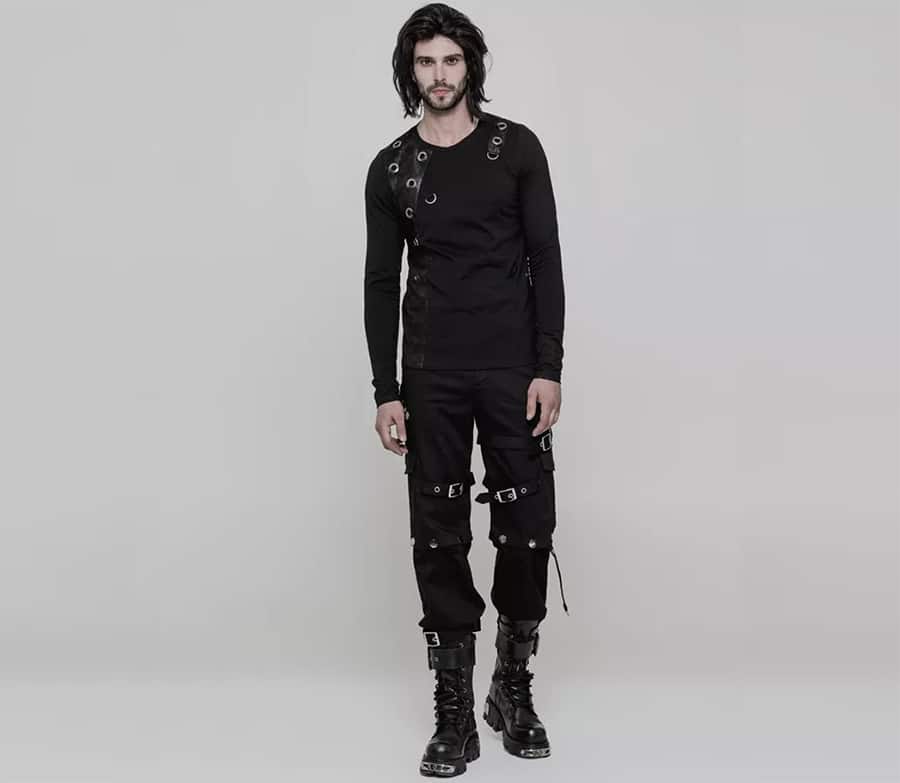 Punk pants for both men and women typically feature various stitching lines and patterns, especially on the front. These patterns and lines are meant for decoration, so thicker, more pronounced thread may be used. In addition to the stitches, they also sometimes feature extra embellishments such as buckles and pockets that serve no practical purpose. 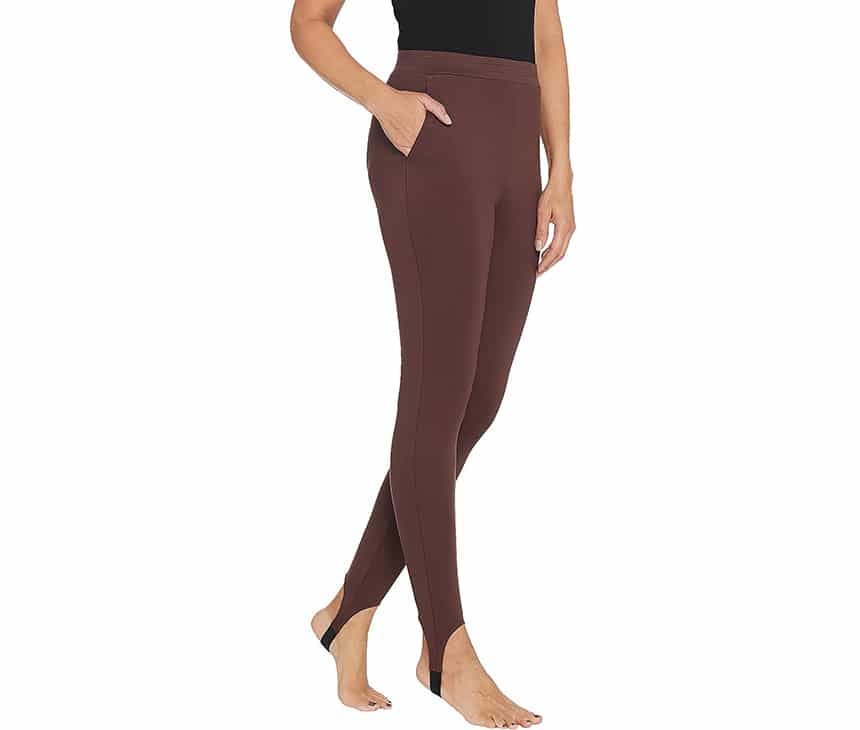 Since they’re made of stretch fabric, these types of women’s pants are often confused with leggings. However, there is one major difference: they feature a strap that goes under the wearer’s foot. This component is designed to look like the stirrup you put your foot through while riding a horse. 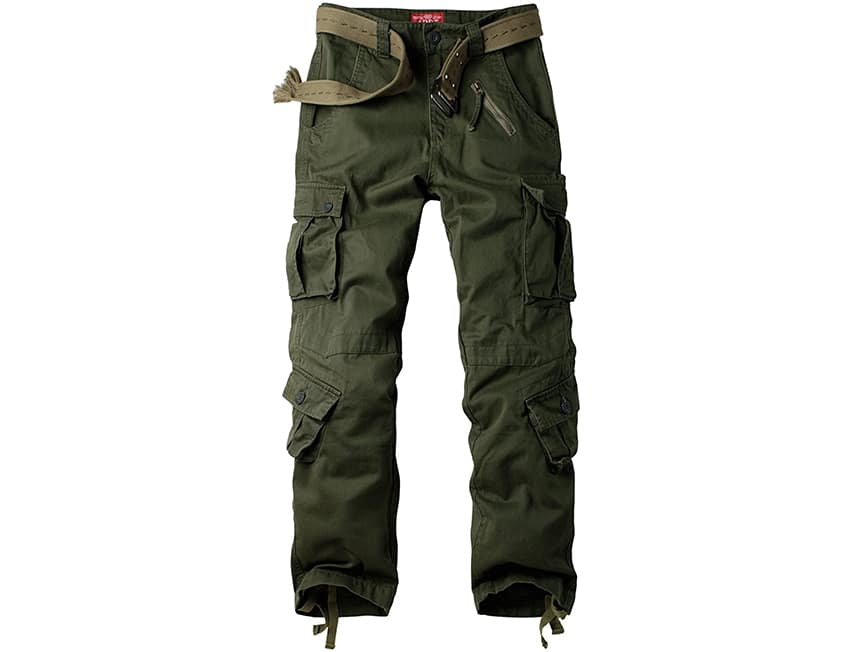 Older cargo pants used to be loose-fitting in addition to having extra pockets situated halfway down the wearer’s legs. However, these days there are some form-fitting options, although they still retain the extra pockets near the knee area. 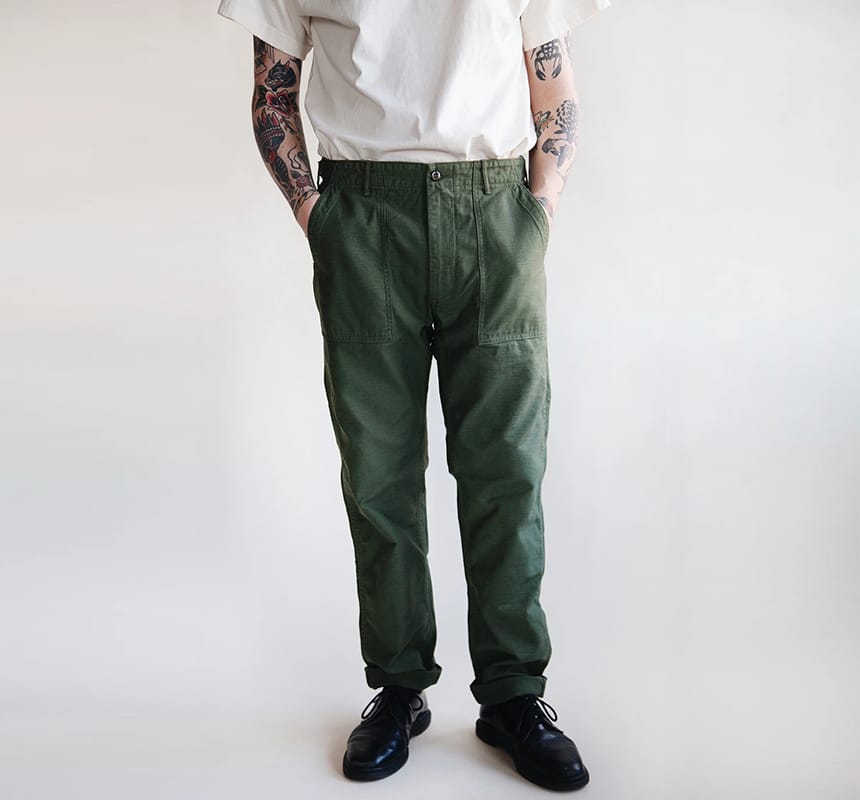 Fatigue trousers can also sometimes be called cargo pants. This is because the design often features cargo pockets on the sides with a button closer. The fly may also have a button closer as well. This design was taken from pants issued to American soldiers during the Vietnam war. Also, they typically come in jungle green or some other camouflage colors. 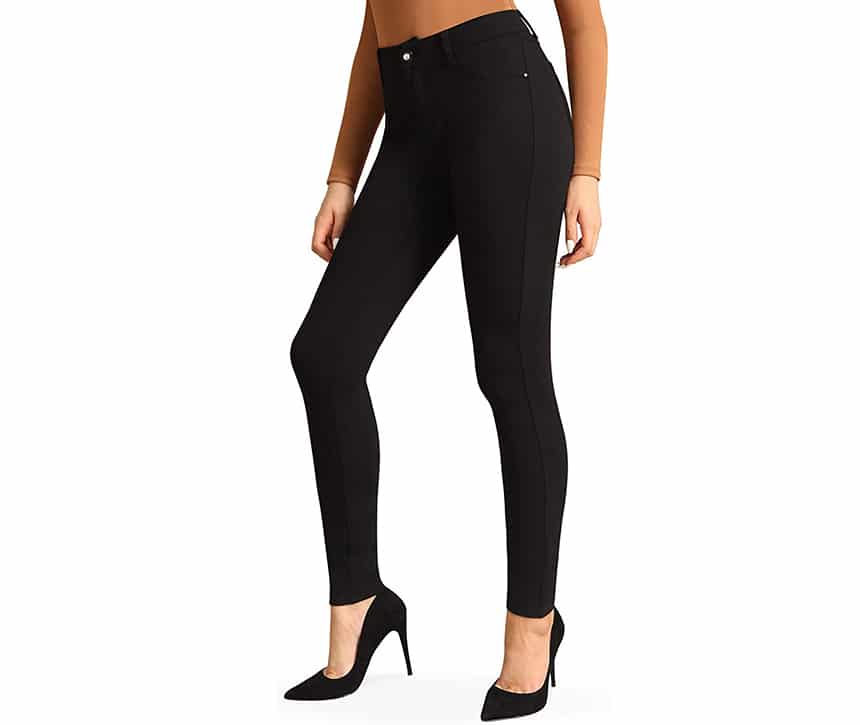 Stovepipe pants go by many other names, including drainpipe pants, pencil leg pants, cigarette pants, and in some unique cases, skinny jeans. Their design features a fitted waist, fitted hip area, fitted knees, fitted calves, and even fitted ankles. However, the length of these pants rarely goes past this point. Notably, they could also be mistaken for leggings if not for the difference in fabrics used. 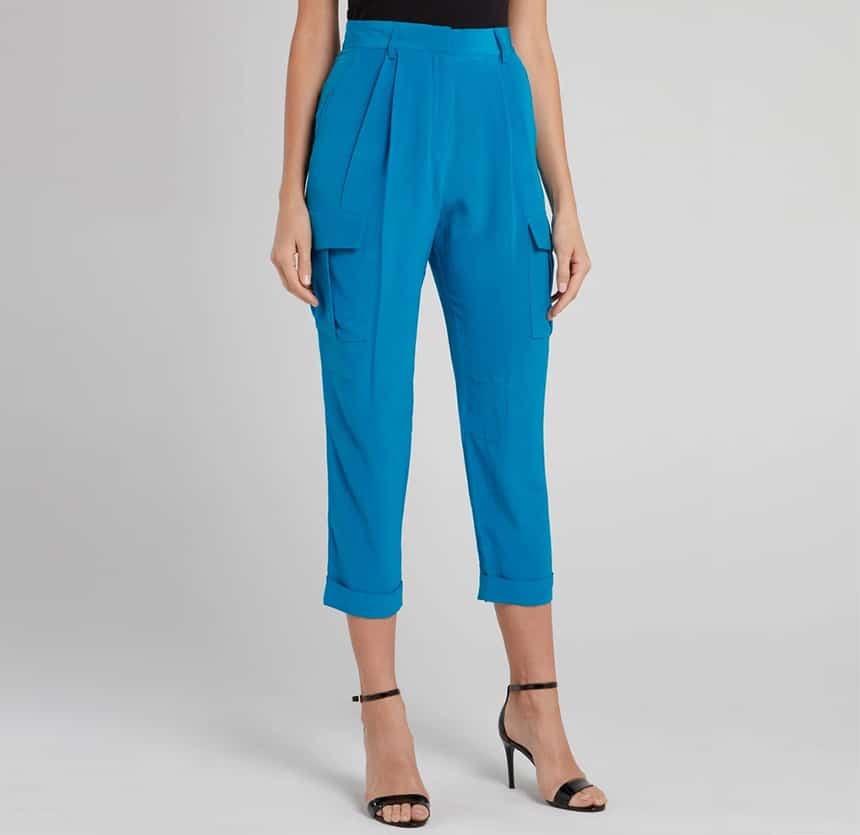 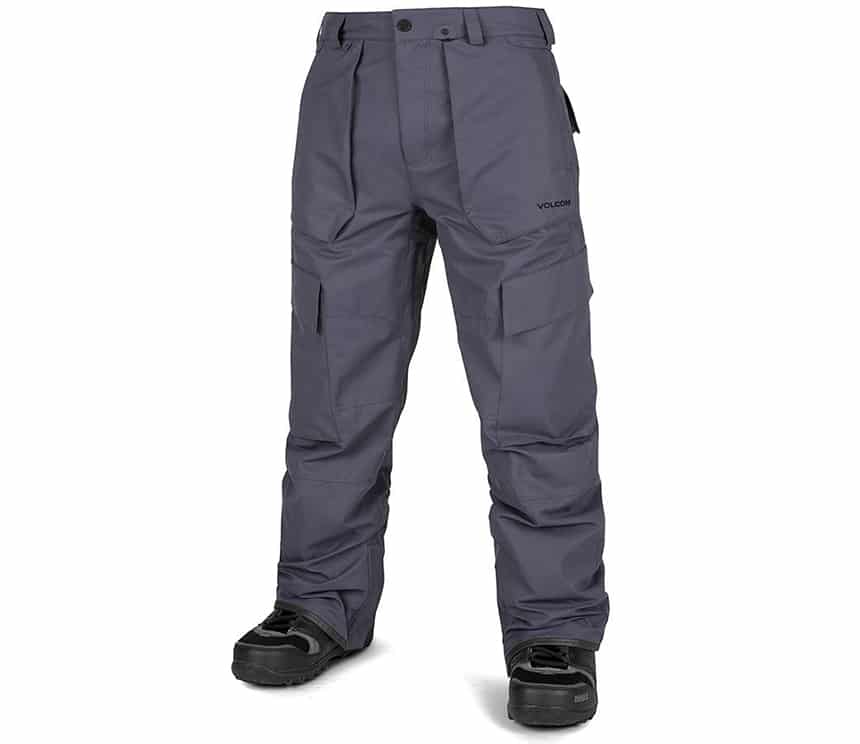 With eastern pants, the waists are elastic and fitting, or they could feature a drawstring design. As for the legs, they are free and flared. 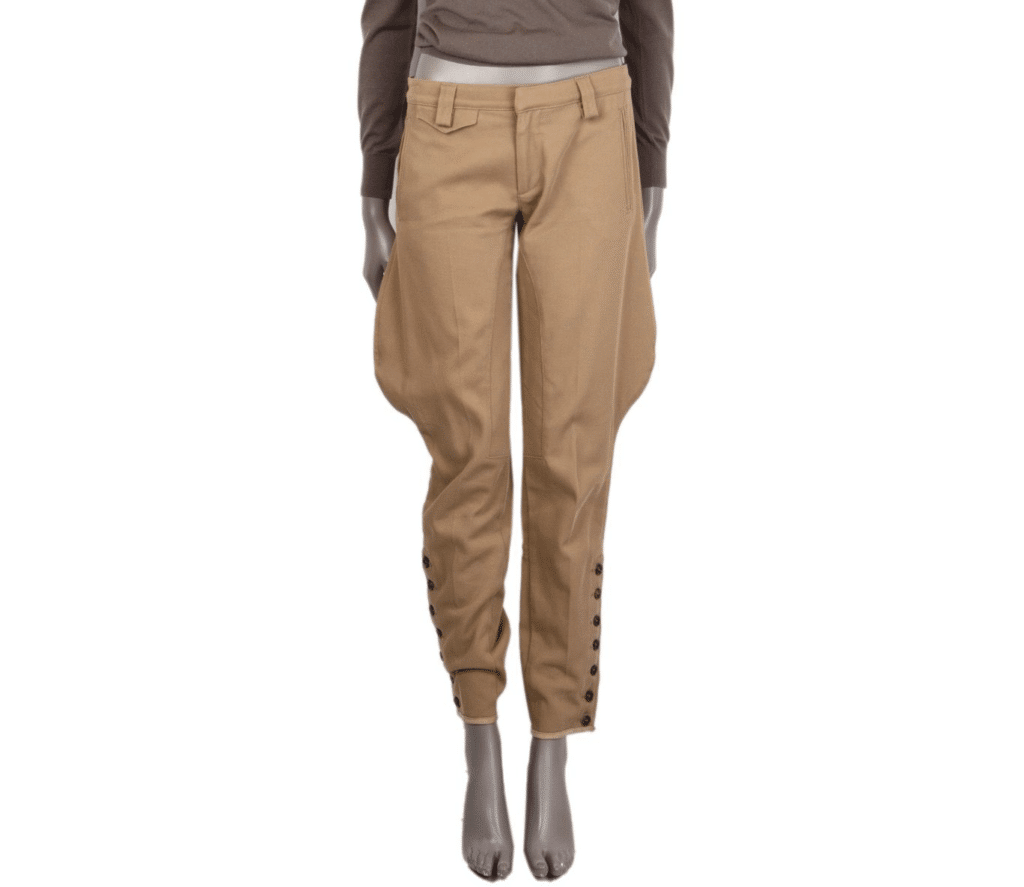 Jodhpurs are the types of pants you see on horseriders if you’ve ever taken the time to watch a horseriding event. They might be fitted at the waist, but they’re quite loose from that point up until the knees. After, that they taper down and are form fitting in the calf and ankle areas. They could also feature reinforced patches in those two areas. 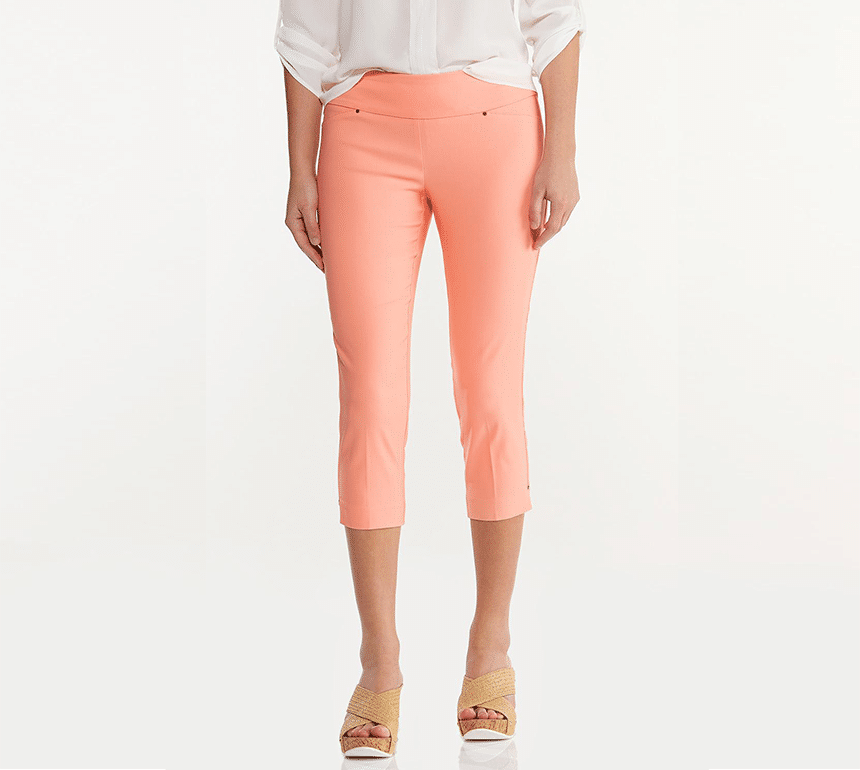 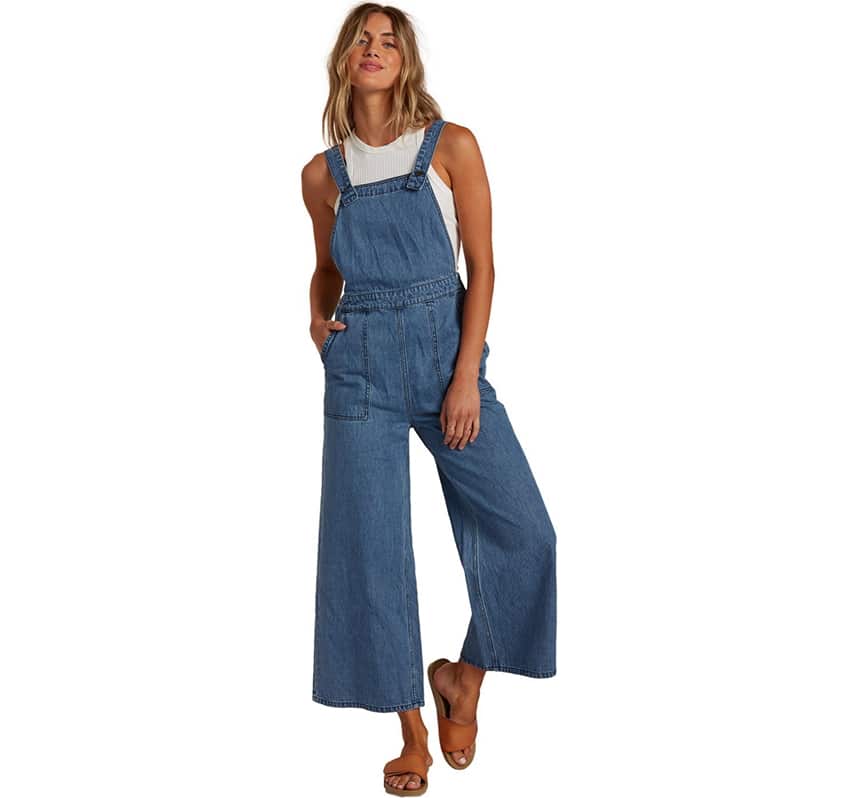 Dungarees look a lot like overalls since the pants extend past the waistline level going upwards. However, the top part consists of a bib held up by two straps that go over the wearer’s shoulders. Also, dungarees tend to be made of heavy materials like denim, and they may also have a large pocket on the bib. 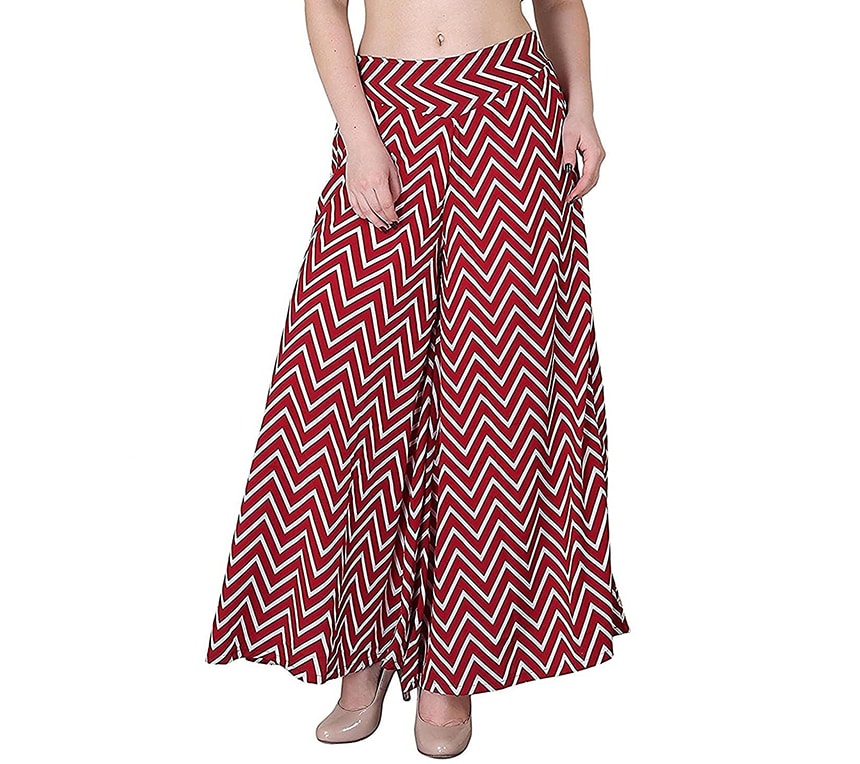 These types of women’s pants are made to be loose, wide-legged, and flowing. Also, depending on how they’re worn, they could be either formal or casual. That said, they’re often made using fine materials that drape easily, as that makes the pants more flattering to the wearer. 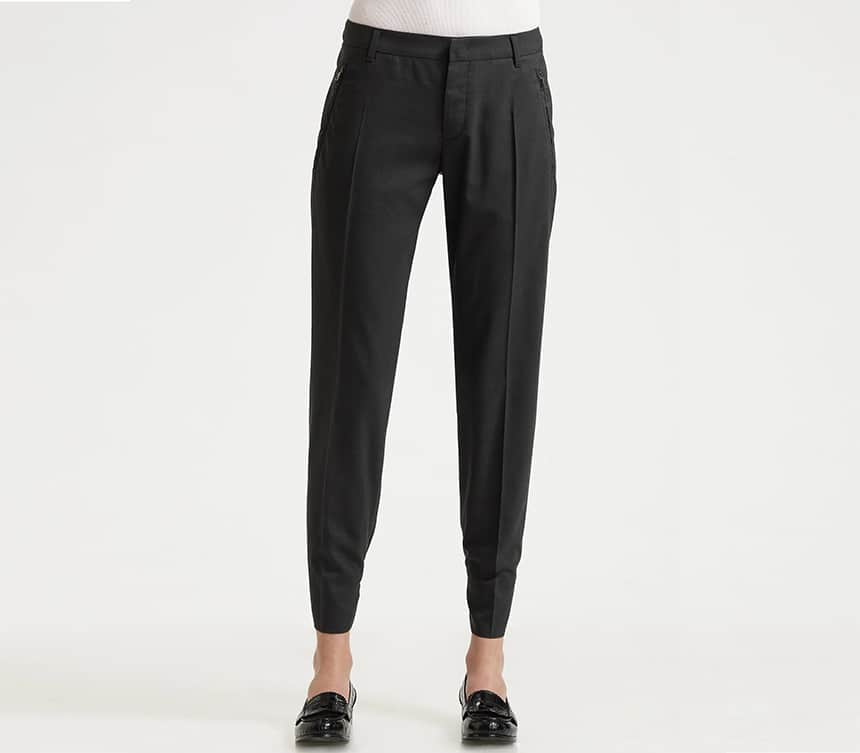 As for pegged pants, they tend to be full and slightly loose-fitting near the waist and thigh areas. However, they taper down and are quite fitting at the ankles. Notably, the designs tend to vary at the ankle area, where some are gathered using elastic bands while others resemble the cuffs of a shirt. As such, you may even find that you have to close the cuff using buttons after you wear the pants. 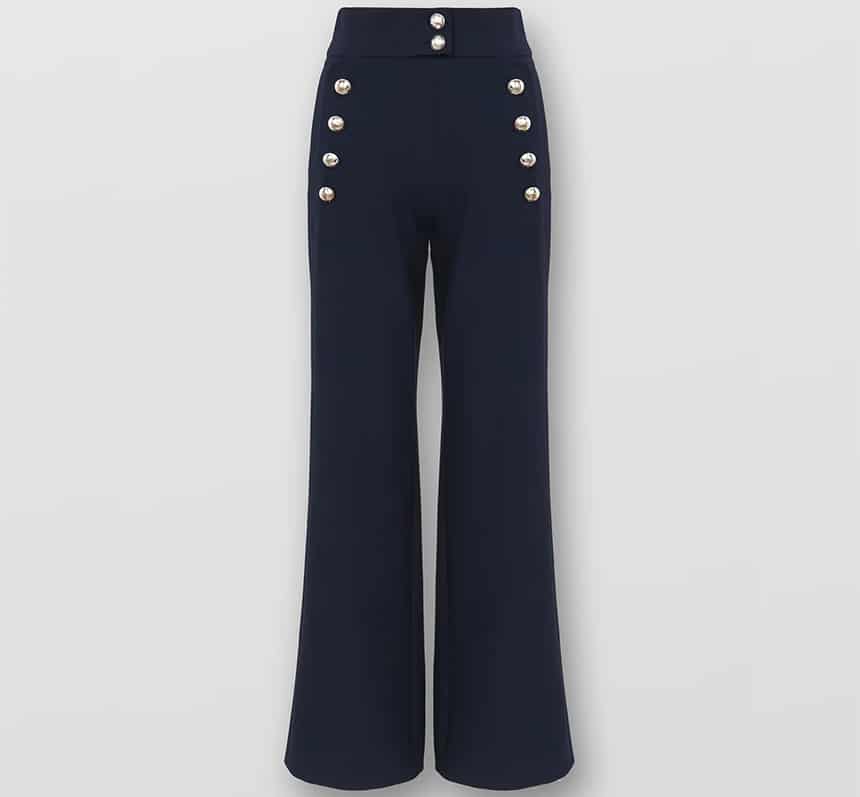 Sailor pants are another variety of loose-fitting options that tend to flare at the bottom. Additionally, they may have two sets of golden buttons lining the front sides of the pants. However, these buttons don’t show up in all the sailor pant options you find at your local clothing stores.

Reviewers recommend the Simplicity 8056 Flared Pants Sewing Patterns for women who’d like to wear flared pants but can’t find them in stores near them. These patterns include sewing templates and sizing guides that can be made to fit sizes 10 through to size 18 as you sew the project at home. Notably, there is a pattern for a pair of shorts included in the purchase as well. 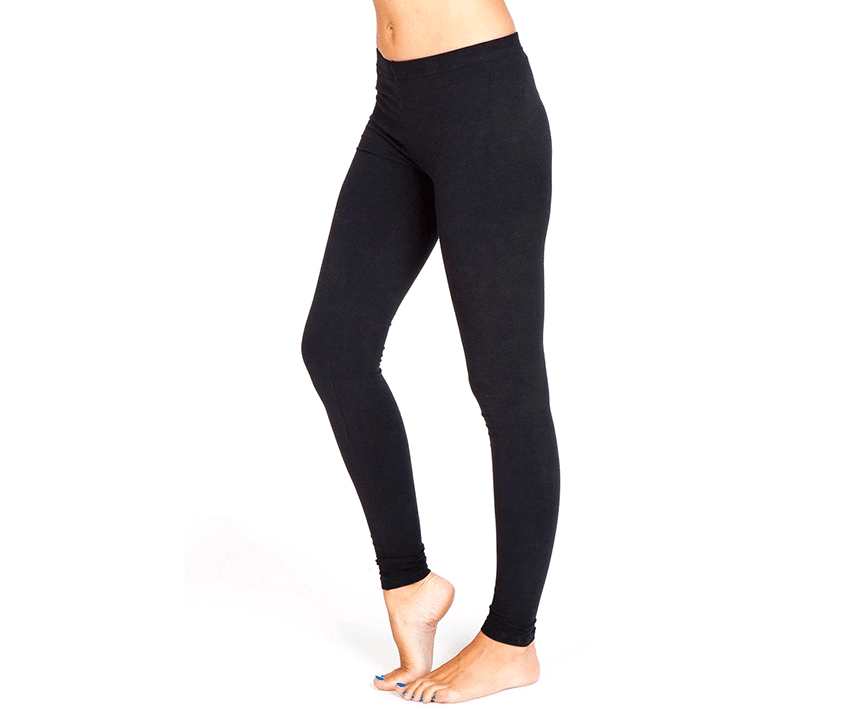 Leggings are predominantly worn by the female population and are made using stretch fabrics. Almost everything about these pants is elastic and tight-fitting. Despite this, they are quite comfortable. Also, the jeans variation of leggings is called jeggings.

Notably, jeggings also tend to come with a fake fly and fake stitching that makes them look like regular jeans from afar. 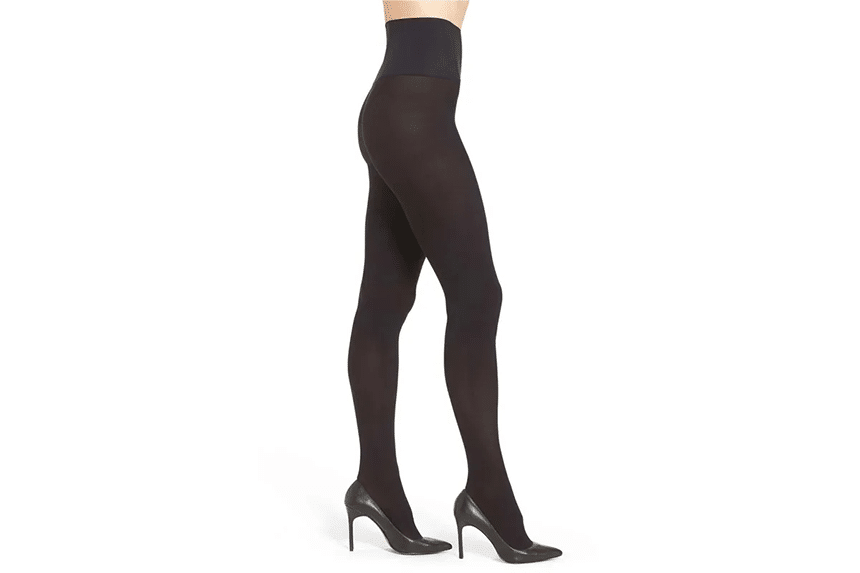 Tights are also predominantly worn by the female population and are made using stretch fabrics. As such, they’re often elastic and tight-fitting. However, there are differences between tights and leggings. One example is that tights are made using much thinner materials. Consequently, it’s often a good idea to wear them under another garment.

Also, tights cover the foot while leggings do not.

The information above is quite extensive, and as such, you might still have some difficulty telling the different types of pants apart. However, now you have a reference point that you can look at any time you’re confused about some pants you encounter. If you’re a sewist who likes to make your own pants, this guide will also no doubt come in handy at some point, so make sure you bookmark this link as well. 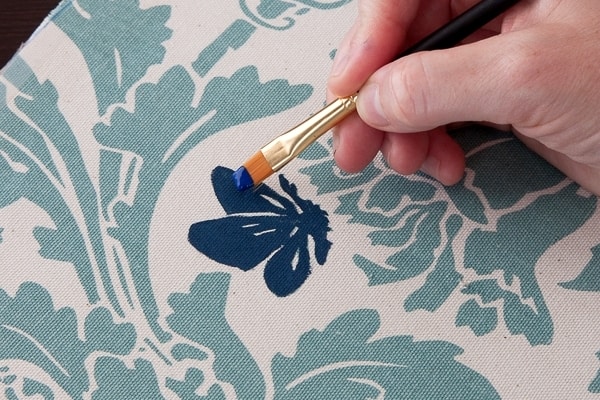 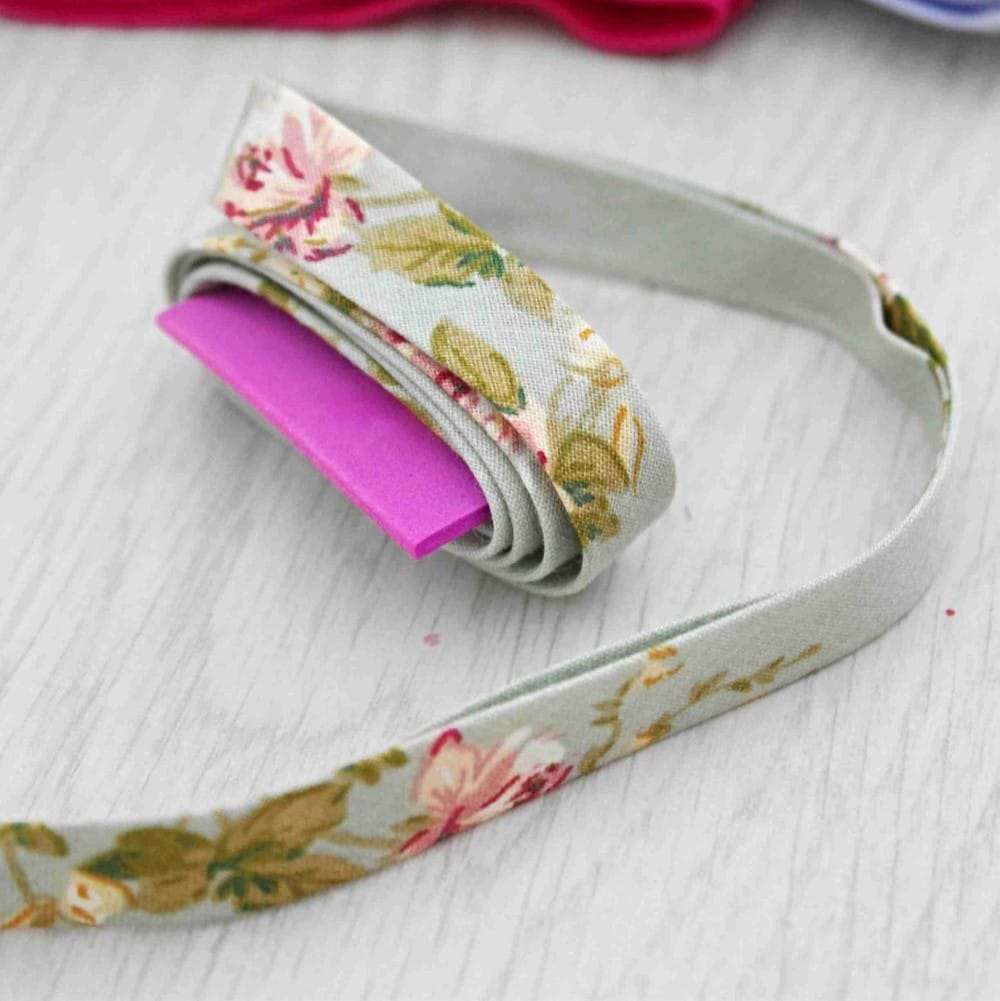 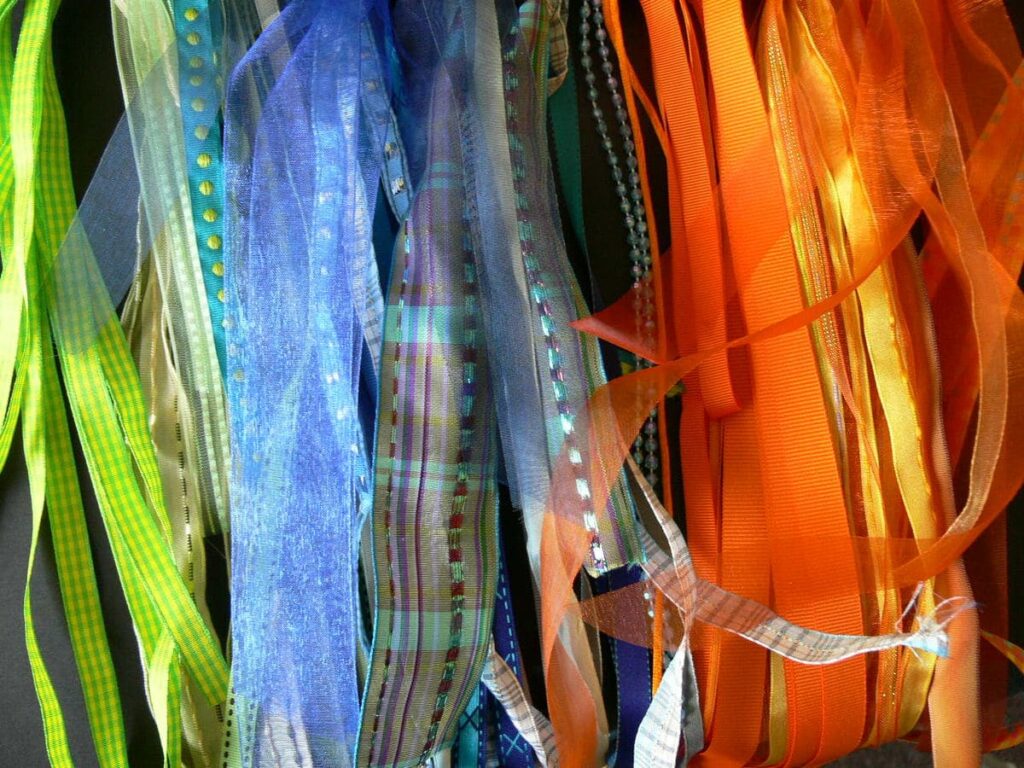 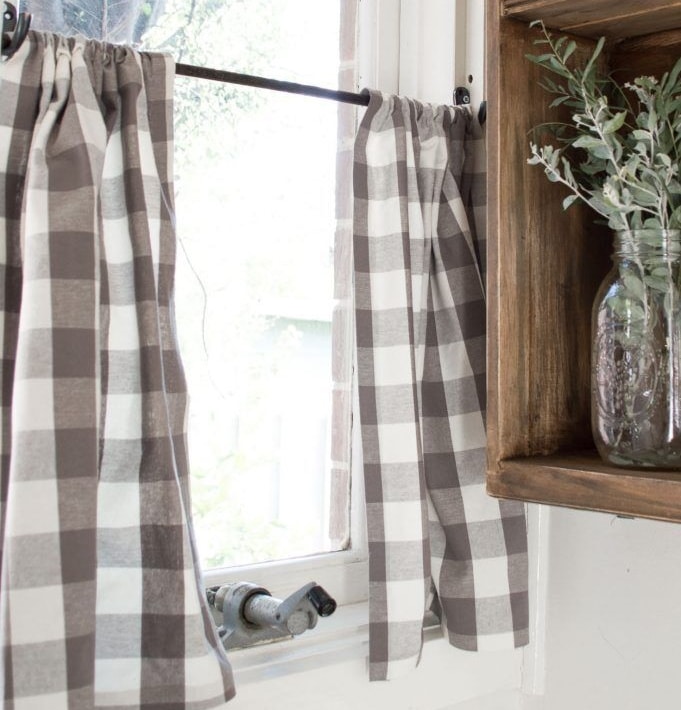